ANG RITA SHERPA, a native of Khunde village of Khumbu Pasanglhamu Rural Municipality-4, is the Chairman of The Partners Nepal in Executive Committee since its inception in 2012. Mr. Sherpa was the former Senior Program Manager at The Mountain Institute (TMI) and had over 30 years of experience in Protected Area Management, Eco-Tourism and Community-based Tourism, Protected Landscape Management, and Natural & Cultural Conservation Projects Planning and Implementation, as well as Sustainable Development Programs.

Mr. Ang Rita Sherpa holds an M.Sc. in Protected Area Landscape Management from the University of Wales, the UK, and an undergraduate degree in Parks and Recreation and Tourism from Lincoln University, New Zealand. In 1987, he served as a Volunteer in Park Service (VIP) in the United States, where he spent nine months working in Yellowstone, Grand Teton. Likewise, in 2002, he served as VIP in Shenandoah and Smoky Mountain National Parks both before and after joining TMI in 1988.

Mr. Ang Rita Sherpa was responsible for implementing the Ambassador Fund for Cultural Preservation (AFCP)-funded program in Pangboche Monastery, a 600-year-old Buddhist monastery that is the oldest represented in Khumbu, the Limi Valley of Humla district in mid-west Nepal. He was the executive and the former Chairman of the Himalayan Trust that Sir Edmund Hillary established in 1964. Mr. Sherpa is the Vice President of Everest (Sagarmatha) Chapter Committee under the Climate Alliance of Himalayan Communities. He is also an advisor to the Himalayan Climate Alliance, an advisor to Hill Development Conservation Group, and the founder and life member at Mountain Spirit. Mr. Sherpa is the recipient of the Sir Edmund Hillary Mountain Legacy Medal in 2011. 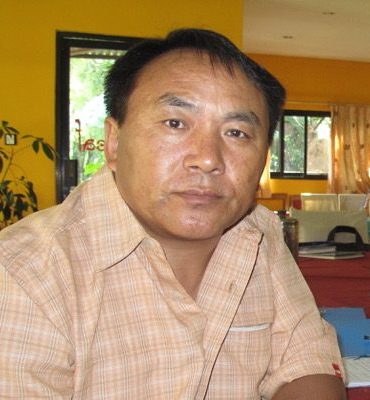